How much is that meeting in the window? 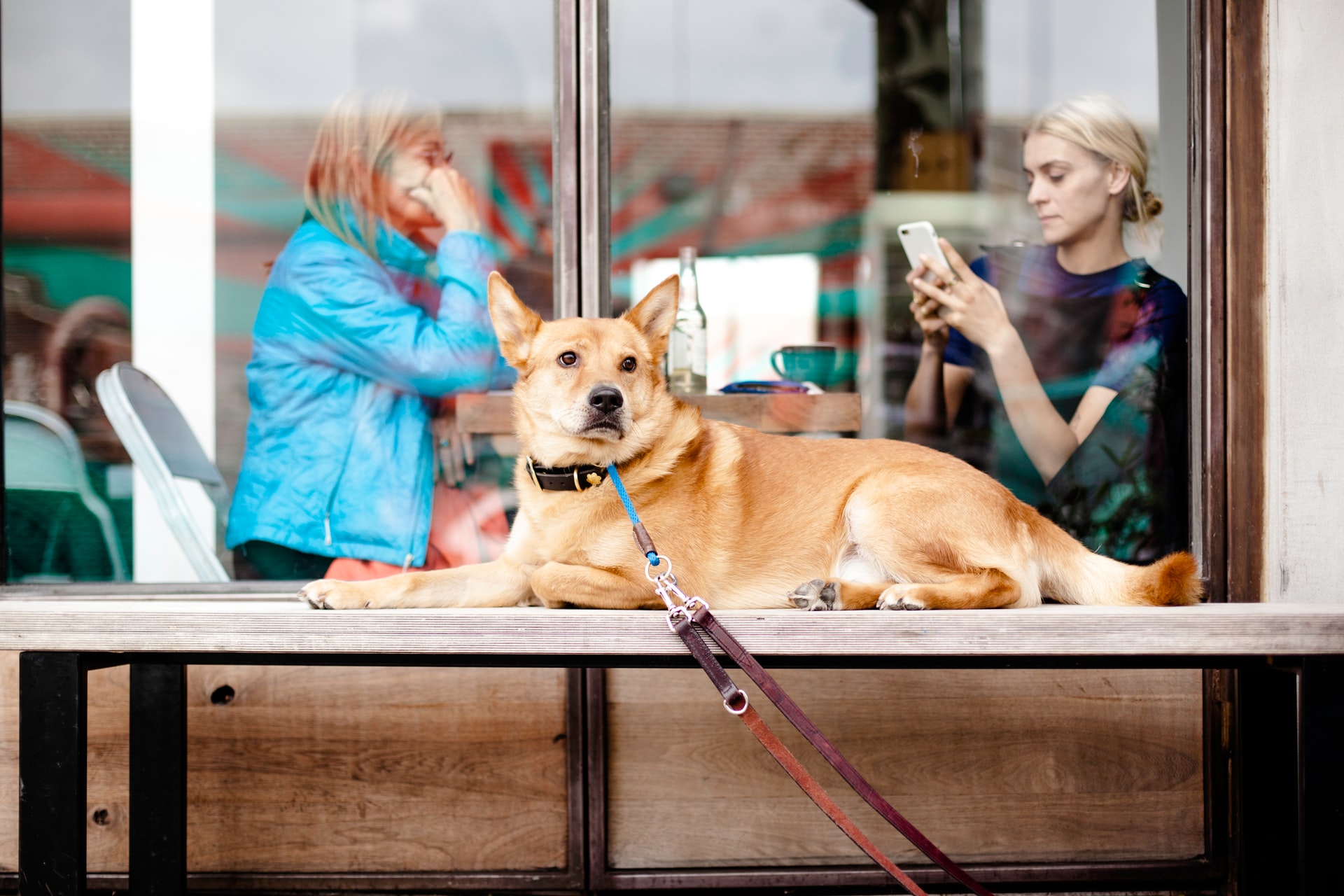 No matter what job we do or who we work for all of us have been in meetings that we knew weren’t worth it. For those of us in the public sector there’s the added pressure knowing that we’re paid by the taxpayer. A couple of weeks ago a friend who works in another government department (for arguments sake the Department for Action) was lamenting that they and their team of six were asked by a someone in another government department (let’s say the Ministry of Meetings) to have a meeting with their team about a joint project they were working on. Come the time of the meeting my friend in DfA and her team all signed on to the virtual meeting, 10-15 minutes go by and none of the folk from MoM turn up. Not only is this wasted time, but time also means money, and in this case public money. 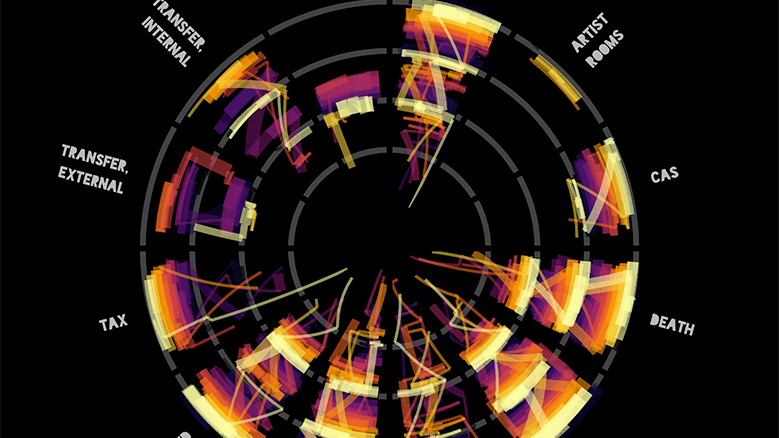 One of my 2021 resolutions was to engage with Tidy Tuesday more often. I’ve dabbled in the past but never recorded my work or published it. This week’s data was a catalogue of the Tate collection, and there have been some rather fantastic visualisations1, no doubt inspired by the fact the subject matter is art. The other week I saw a tweet by Ijeamaka Anyene showcasing some fabulous artistic plots made in R by using the coord_polar() function within {ggplot2}.
Read more → 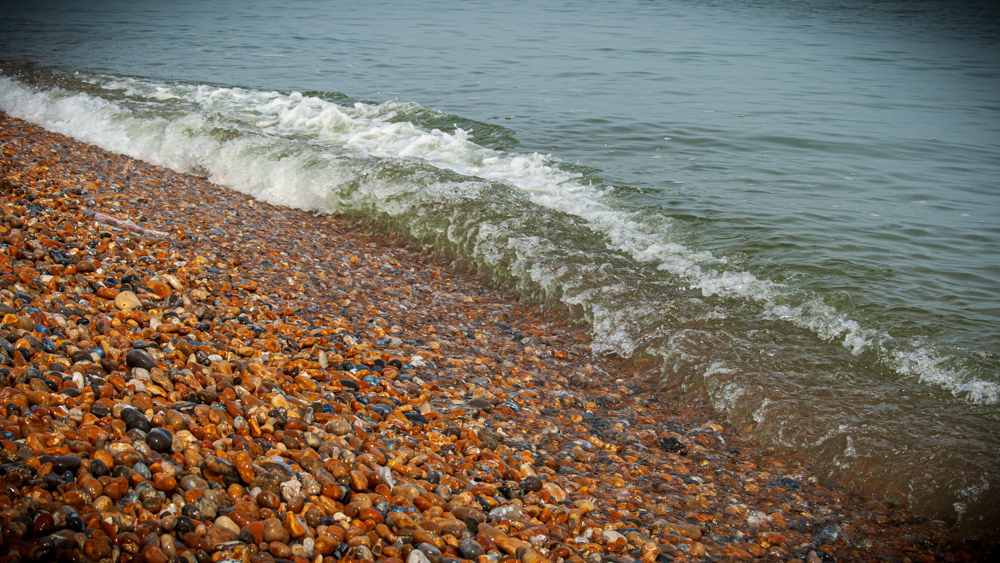 Let’s just acknowledge upfront that this is a very strange week to be writing about Twitter posting strategies1. This is the second blog about my coastalwalkr project, you can read the first here. The last post introduced a conceptual evolutionary jump for the mapbotverse — walking — and we’ve seen how in R we might be able to programmatically take a walk along the coast of Great Britain. For humans the walk in and of itself can be the sole purpose of the activity, but a mapbot probably needs something more to keep itself occupied and entertained?
Read more →

Let’s go for a walk 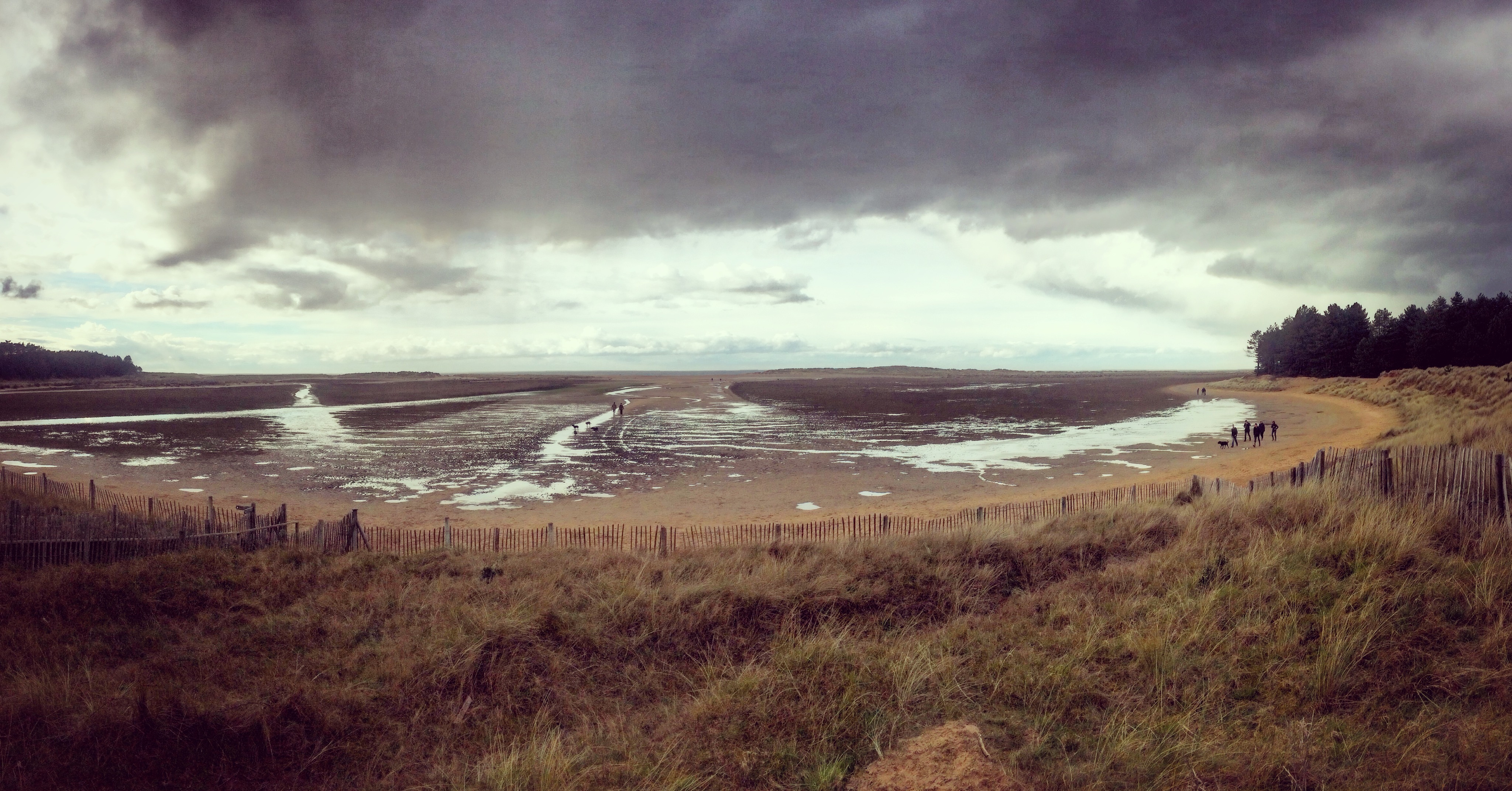 Back in October I developed a twitter bot based on Matt Dray’s londonmapbot. I’ve recently been thinking about other projects that might make good opportunities for learning, and thus blog posts. One idea was for a new addition to the mapbotverse1, which started as just tweeting a random location along the British coastline with maybe some of the same features as the narrowbotR but as I thought about it I wondered whether to make this a slightly more sophisticated bot.
Read more →

2020-11-21
#r  #console  #prompt
The default prompt in the R console merely indicates it’s awaiting input. A single less than sign to signify R has nothing to do and wants you to give it a task. Back in October there was a mild buzz on #Rstats twitter about customising your R prompt after Romain Francois gave a talk at the R Addicts Paris Meetup. As documented in this RTask blog Romain’s prompt informs him of the active git branch and how much memory R is using.
Read more →

gongoozler [n] a person who enjoys watching boats and activities on canals I’m sure I’m not the first person, and won’t be the last, to remark that 2020 is a very strange year. October 2020 marks five years since I last went on a canal boat holiday. An anniversary that at the outset of this year I had hoped I might have managed to avoid by taking to the water sometime over the summer.
Read more → 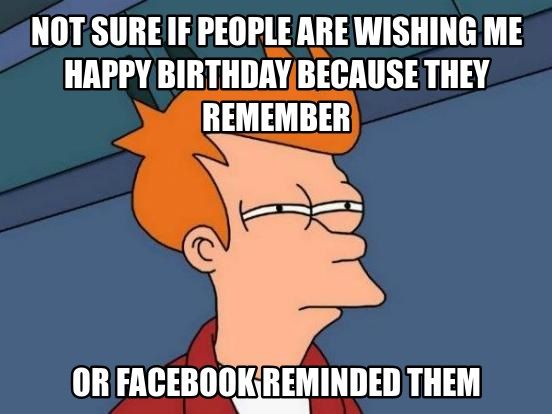 Hello Humans, we cake in peace. We here at the Interplanetary Cake Union have noticed that you are missing out on the opportunity of celebrating your birthday more often by not knowing about your birthdays on other planets, and thus are potentially depriving yourself of more cake eating opportunities. Please use our birthday planets tool to review your age on other planets in the solar system, when your next birthday is and then use our Interplanetary Birthday Express service to order yourself a galactic collection of cake1.
Read more →

The intersectionality of Black Lives Matter, pride and being a civil servant and a data scientist 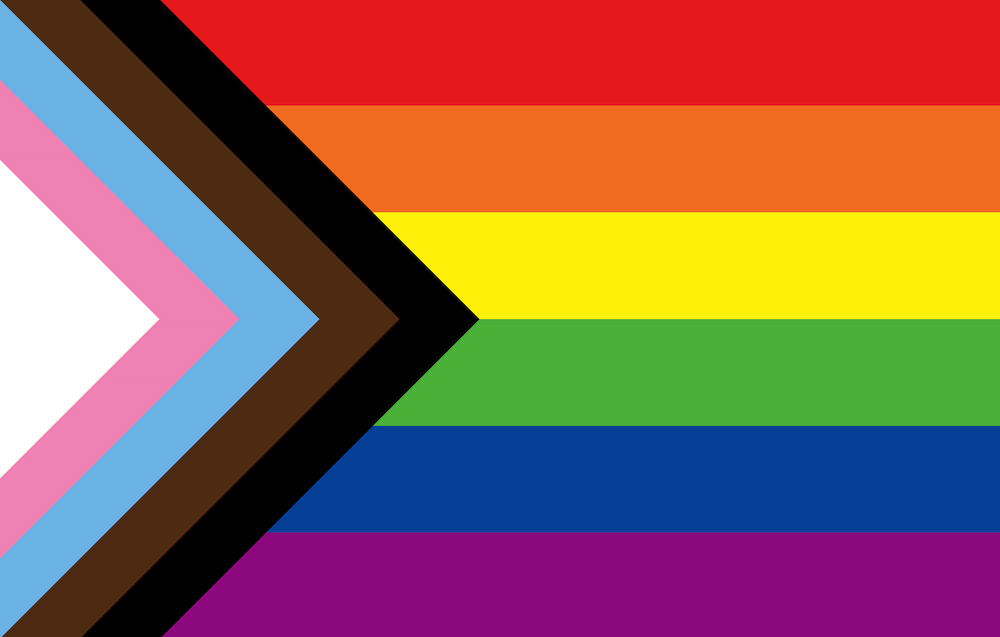 On 25th May 2020 George Floyd was killed by police in Minneapolis. His death has sparked protests not just in the USA but around the world. Like many Civil Service organisations, our departmental race champion posted a blog about the Black Lives Matter movement at the start of June. This coincided with a short twitter thread I posted about these latest Black Lives Matters protests rising at the intersection of the start of what is increasingly seen as LGBT+ Pride Month1 in the US (and to some degree here in the UK too).
Read more →

My last post explored using the {tidymodels} package with data about the Eurovision Song Contest1. One of the best things to do when exploring a dataset is to visualise it, so let’s also use this dataset to learn about the {gganimate} package that provides ways to create animated charts. We’ll reuse the eurovision_scores dataset produced from the code in my last post. First let’s take a look at UK performance over time, we also need to filter out data from 1991 where Sweden and France both gained 146 points (but due to the complex rules in place at the time Sweden won, however under the current rules France would have won).
Read more → 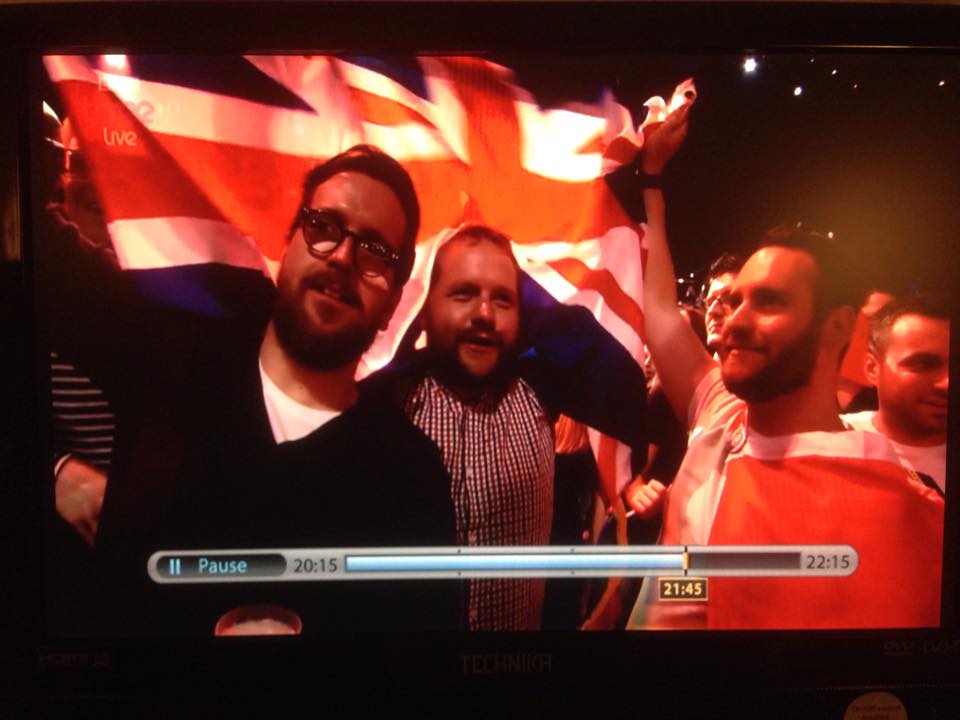 Last Saturday, Saturday 16th May 2020 was scheduled to be the 65th Eurovision Song Contest, but due to the ongoing COVID19 pandemic the contest was cancelled. Eurovision is very special to me, and I’ve been lucky to attend a couple of the finals and semi-finals – and, if you were watching the second semi-final of the 2015 contest you may have even seen me on TV! I’ve recently watched some of Julia Silge’s TidyTuesday webcasts using the {tidymodels} framework, and so instead of watching the EBU’s tribute show and getting rather sad about the contest not happening and Daði Freyr not winning and giving me an even better excuse to go back to Iceland1 I decided to play with {tidymodels} and the Datagraver’s Eurovision points dataset on Kaggle.
Read more →
Older posts →