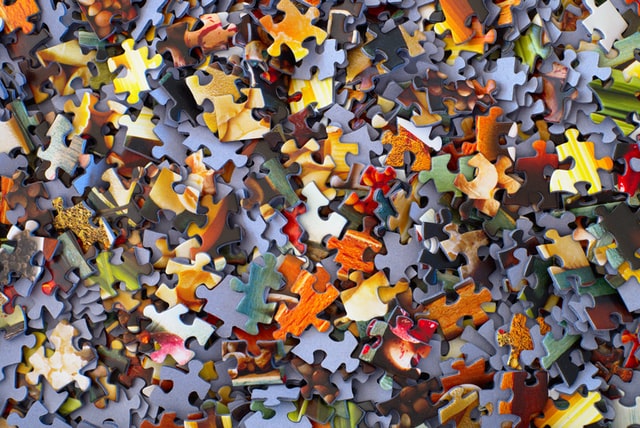 Photo by Hans-Peter Gauster on Unsplash"

The OpenDocument Spreadsheet (ODS) format is an increasingly common format for publishing spreadsheets, especially official statistics from UK government departments. I recently encountered a problem when trying to use the {readODS} package to read a published ODS file. More surprsingly, I discovered that {readODS} is the only R package on CRAN for working with ODS files. As a result I’ve started to develop my own package, {tidyods}.

The Cabinet Office publishes the Civil Service Statistics1, there is an annual publication as well as ad-hoc releases through the year. In the past year, in line with Government Statistical Service guidelines, they have begun publishing their data using the ODS format.

In the course of doing some work I wanted to use the ad-hoc release on the number of civil servants by postcode. This is a fairly beastly spreadsheet, the sheet I’m interested in has 5,544 rows and 11 columns (or 60,984 cells). But in reading in this file I discovered 245 rows that were completely blank. With thanks to Duncan Garmonsway the problem was diagnosed as a misinterpretation of the number-rows-repeated attribute of the ODS specification. The package author had mistakenly interpretted this as meaning that rows with this attribute are empty2. More interestingly it seems that LibreOffice and Google Sheets do not set this attribute, but Microsoft Excel does. Even if government documents are published in OpenDocument format, the underlying workflows tend to involve Microsoft products in their creation3.

A problem fixed, a problem doubled

I devised a fix for the original problem. In doing so I discovered a separate bug introduced by a recent change to handle the parsing of repeated whitespace. More troublingly this fix has however negatively impacted performance of the package code.

ODS is a horibble format

As part of the process of developing a fix, I fell down the necessary rabbit hole that is exploring the structure of an ODS file. An ODS file is zip file containing some XML files and other associated files. The main beast is a file called content.xml which contains the structure and data of the spreadsheet, other files provide metadata and things such as images. This XML follows the ODF schema published by the Organisation for the Advancement of Structured Information Standards.

XML is a verbose format which has been described as “the angle bracket tax” and many, many, people have declared that XML “sucks”4. And therefore if XML sucks, then ODS really sucks.

In theory the strucutre of the ODS XML is fairly simple: header elements, a body element, a spreadsheet element, table elements, row elements, cell elements, text elements, whitespace elements. But XML’s verbosity means that ultimately files become large. For example the ODS I was having touble with is only 352KB as an XML document but unzip the ODS container and the underlying contxt.xml file is 11.9MB, some 33.8 times larger. The Journey Time Statistics files, table JTS0501 is a 92.7MB file but unzipped its content file is 1.93GB, some 20.8 times larger. There is also major redundancy, the content of cells can appear twice, as an attibute of the cell element.

If its so terrible why are you writing another package

To be honest, I don’t know if I support the use of ODS as a format for publishing government data, but spreadsheet applications are how many people, especially non-analysts, interact with datasets and therefore its better to use an open standard than a proprietary format controlled by a single organisation. Maybe though data, espeically large and complex data, shouldn’t be published in ODS format.

That’s not answering the question

Like I said at the top, readODS is the only package listed on CRAN for reading (and writing) ODS file in R. There are however more than 20 packages that work with Excel files. There are various views about whether having multiple ways to do something is desirable or not.

There should be one – and preferably only one – obvious way to do it. - The 13th aphorism of the Zen of Python5

But in most programming languages there are usually multiple ways of doing things. So it was a little surprising that there’s currently only one package for handling ODS files6, and it might help to have some redundancy in the R package ecosystem.

In my investigations of the ODS XML to develop a fix for the bug in {readODS} I realised it would be relatively easy to write my own package to extract information from an ODS file and so I thought why not. Plus if I actually develop this properly it will mean I can go through the CRAN and/or rOpenSci submission processes.

So without further ado, let me introduce to you the {tidyods} package, a package to import cells from ODS files. This package is more an equivalent to Duncan Garmonsway’s {tidyxl} package for ODS files, but also includes functions to produce similar output to {readODS}.

In due course I’ll write some further blogs on the detailed working of the package, but a brief discussion of these functions now follows.

The read_ods_cells() function is the main workhorse function, read_ods_sheet() is a convenience wrapper that combines that function with a call to simple_rectify().

The process for getting cells from the ODS XML file necessitates iterating over rows and then cells (i.e. columns), as a result the underlying process for extract cells builds a dataset that has row and column indices. The ODS specification requires cells have a value type and for non-string value types the value must be stored as an attribute, as well as having a text representation of the value.

read_ods_cells() produces output that is similar to the tidyxl::xlsx_cells() function. It returns a tibble with cell location information, values and value type. It also indicates whether a cell is a “proper” cell (i.e. contains a value), is an empty cell (i.e. has no data) or if its a cell covered by a merged cell.

Rectfying cells into a spreadsheet

The {tidyods} package also include a function for coerceing the cells into their original rectangular structure, or taking the notation of the {unpivotr} package this is a “rectify” function. The simple_rectify() function does not use a row from the sheet for column names, instead is uses the column number (prepended by X).

You can see from the example above that there in the read_ods_cells() output there are two columns for cell value, the cell_content and base_value. The cell_content column shows the value stored within the text element(s) inside of the cell XML element, whereas base_value is derived from the cell attributes, which are used to store the underlying, unformatted data, for non-string values7. By default simple_rectify() will use the base_value, you can however use the cell_contents by change the base_values argument of the function.

There are some key aspects of package development that are still needed, namely adding examples and tests.

But after that there are a couple of areas that I’m considering for further functionality: a smart rectifier, and performance improvement.

The simple_rectify() function is a simple pivoting of the cells back to a 2-dimensional structure. However, spreadsheets often aren’t purely tabular, for example they may have metadata information in the first couple of rows. The value type information provided by read_ods_cells() could also be used to guess and parse the columns of a rectified table into the relevant R datatype, the simple_rectify() function leaves all columns as character values.

This might not be a sensible idea, and it wouldn’t be intended as a proepr replacement to either the excellent {janitor} and {unpivotr} packages. It would also likely never be the default option for read_ods_sheet().

As might be guessed from earlier commentary about XML being a horrible format for storing data, {tidyods} is not a fast performance-optimised procedure. {readODS} is not a particular fast package either, but {tidyods} is noticeably slower for larger files. The large postcode data file I mentioned earlier takes around 5-6 seconds to read with {readODS}, whereas it takes around 35 seconds with {tidyods}.

Both {readODS} and {tidyods} make use of the {xml2} package which offers some memory handling improvements over the older (and no longer actively maintained) {XML} package.

The main workhorse of read_ods_cells() is a purrr::map() call to iterate over all of the row elements. The first potential avenue for performance improvement is to switch to the {furrr} package which implements parallel processing versions of the {purrr} package. Some initial tests failed, but I’ve since realised this is because of the interaction between {furrr} and {xml2}8.

The other option would be to develop code that uses the RapidXML C++ library to parse the XML file, which is the approach used by {tidyxl}.

You’ve got to the end of this post. Well done9.